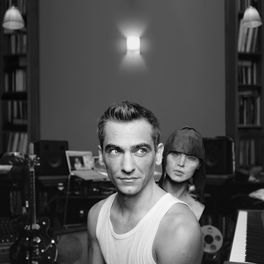 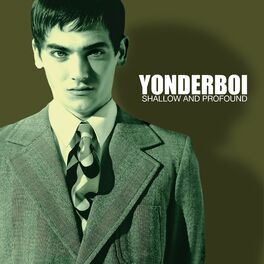 Yonderboi (born László Fogarasi Jr.) started experimenting with music in his teenage years and soon found himself on the international map of electronic music. He was the youngest member of the downtempo movement happening around the millennium, and the only one from the former Eastern Bloc. By now Yonderboi’s music got difficult to pigeonhole because it is quite conceptual and combines a wide range of sources and various musical styles. Despite all of this a certain intense atmosphere remains recognizable in all of his works. He released three studio albums so far, which he considers to be a trilogy: Shallow And Profound, Splendid Isolation and Passive Control. Each record was followed by an international tour, the first and the second with a live band and the current one as a one-man act. He performed on diverse stages over the years, including festivals such as Sónar, Pukkelpop, Lowlands, Big Chill, Sziget, ADE and venues like Razzmatazz, Melkweg, Paradiso. Besides his extraordinary musical talent he utilizes his visual creativity as well. Yonder shoots his own photos and videos, designs the album cover and the stage set for his shows which plays a key role in the ongoing tour “Yonderboi in House”. House has a double meaning here as it refers both to the new exclusive remixes of his songs and the glowing frame on the stage.