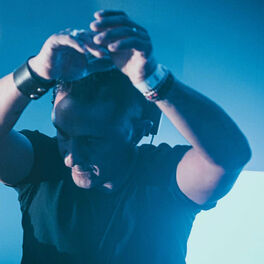 In The Morning - EP

You Are My Life EP

The Love I Lost EP

Can I Feel It

There is Soul in My House: Purple Music All Stars 22

Tommy Boccuto started his career as a deejay in 1989, in many places throughout Italy, reaching many famous European clubs over the years, posing and experimenting with his house of sound in underground sounds, with touches of percussion that characterize his musical selection that energizes each set live, currently Tommy Boccuto shares his live sets with artists, national and international DJs at the very popular and modern local "Demodè" of southern Puglia elected in 2012 as the best Italian club. As a producer in May 2003, he collaborated with MBG (Boss Label 9 Records) with the single "The Guitar" released on 9 Label Records (promo 12 "), where he had great success in previous years' collaborations with the same MBG In many collections on the same label ..! In 2013 Tommy Boccuto founded his label B74 Records where he experiments and customizes his studio productions with modern sounds, engaging in energy and explosion in each song, collaborating with national and international artists. In March 2015, with his single The Sentinel published under his label (B74 Records), he finished 2th on ITunes in Brazil ..! Today, the sound of Tommy Boccuto is increasingly described as a combination of different types of music, a very personal style and rich in wide music considered the key to its success. Many of his productions are featured on numerous labels to name a few: convenience store registration, Nu Traxx Records, Overbeat Records, Jango Music, Disco Balls Records, Cruise Music, JungleFunk Recordings, Smilax Publishing, Traktoria Records, Molto Recordings, Bid Muzik Records, Krome Boulevard Music, Arawakan Records, Obenmusik Records, Union Records, Ohm Made Recordings, IsaVis Records, City Soul Recording, Kult Records, Henry Street Music, Hi Energy Records, Motion, Check In Recordings, KH Recordings, Underground House HQ (UHHQ), Blockhead Recordings, Tropical Velvet , Orgasmixxx , LadyMarySound International , HouseBeat Records , Karmic Power Records ,PuccioEnza Records , Moon Rocket Music , Phoenix Soul , Purple Music .... and more in many Italian and foreign compilations, in particular one of his "Groovy Land" tracks on Label Overbeat Records was played and supported by Bob Sinclar jumping on Radio Parede Trend Ibiza reaching ranks the first place ....!In 2017 Tommy Boccuto merges the secondary label "Puputy Records" specializing in the Afro House and Soulful House genre . From 2017 to the present day Tommy Boccuto has collaborated in the world at large with artists and labels, positioning himself with his music also on many radio charts and in the best digital stores stay tuned…!