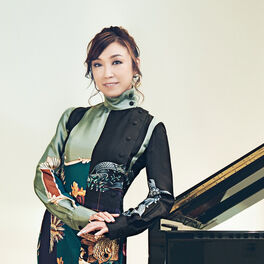 A GIRL IN SUMMER

Wings of Winter, Shades of Summer

Yumi Matsutoya is a Japanese singer-songwriter who came to prominence in the 1970s. She is known by her nickname Yuming.

She made her album debut under her birth name of Yumi Arai with 'Hikokigumo' in 1973. In 1976 she had a hit with the single 'Anohi Ni Kaeritai' and accompanying album 'Yuming Brand'. That year she married the arranger of her album, Masataka Matsutoya, and took his surname.

Her deep, distinctive voice and songwriting talent quickly established her as a star. Matsutoya was influenced by both singer-songwriters such as Joni Mitchell and also the jazz-rock of Steely Dan. She has had numerous single and album hits and is known for her spectacular live shows. Many of her songs have been used as TV themes and on adverts.

One of her most commercially successful albums was 'Tengoku no Door' ('The Gates of Heaven') in 1990.

In 2012 she recorded a version of 'A Whiter Shade of Pale' with Procol Harum, the song having been an inspiration to her in the 1960s. She also performed the song on tour with the band. In 2019 she released the single 'Shinkai No Machi'.