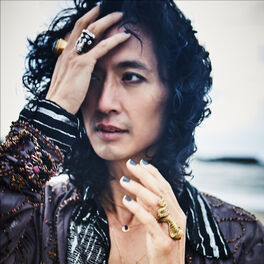 Hold On to Her

Ilja Alexander was born in Amsterdam, The Netherlands. Always musically gifted, Ilja studied the piano and developed consummate skill in playing and performing. His true passion to be an artist/songwriter was birthed during his childhood. As he grew in his education, life took him into a different path. He started a profession as a full-time IT project- and programme manager, guiding companies to solve their everyday IT-related problems, and by doing so his music career took a backseat. The challenge of working full-time and pursuing his passion for music proved to be a challenge, yet Ilja found a way to make it work. His debut single was released in 2007 in The Netherlands and became increasingly popular in Indonesia, which lead to his 2nd single becoming a #1 radio chart in Indonesia. As a result, his social media following started to increase tremendously to over 60,000 followers during this time. In 2010, he was then approached by various management teams in The Netherlands, Tokyo and Jakarta. Ilja’s worldwide impressions led him to release his debut solo project “Hold On To Her”. “Hold On To Her” went on to great success, which resulted in successful touring in Japan, Indonesia and Asia as a whole. Ilja is now embarking on his next solo project “Nature’, which has paired with his good friends and internationally successful producer/songwriters Curtis Richardson and Adien Lewis. Curtis Richardson has written and/or produced with a multi-platinum artist roster that includes Jennifer Lopez, Rihanna, Joss Stone, John Legend, David Guetta, Hardwell, Tiesto, SHINee, Taemin, Kumi Koda, to name a few. Adien Lewis has written and/or produced for Taemin, SHINee, Girls Generation and NCT Dream. With this new creative collaboration, Ilja looks to make a global impact by bridging the East with the West. Ilja’s main inspiration in composing this body of work was to connect with the soul and hearts of his audience. These songs weave a tapestry of love, life, heartache, hope, redemption and enlightenment. “Nature” the mini-album is a truly musical fusion of pop, alternative rock, urban, and dance elements. It is Ilja’s most ambitious effort that will surely ignite new interest and more fans to his truly unique blend and sound. His first singles “Someday” and “Nature”, as well as his follow-ups “Berlin” as well as “Butterfly”, create a symphonic imprint that will surely stand the test of time. Remember the name, Ilja will soon become synonymous with the word “Nature”.