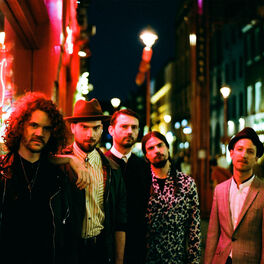 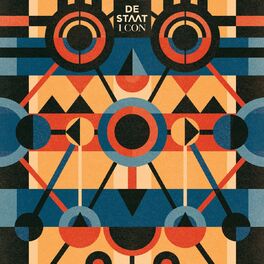 I'm Out Of Your Mind

ApeTizer (100% Guaranteed Quality - The Best Quality for You)

De Staat are a rock band opening the floodgates to an intoxicating, even dizzying, array of genres, which is not particularly unusual for them. They have established a chameleonic brand of rock that is wholly their own, which led more and more people to notice them over the years. This landed them highly coveted supporting slots including The Rolling Stones in Amsterdam and a run with Muse across Europe with their 2016 Drones tour. De Staat released their epic fifth studio album, Bubble Gum, on January 18 2019 via Caroline International. First envisioned by Torre in 2006 as a one-man project in Nijmegen would soon become known as De Staat and their 2009 debut, Wait For Evolution. With a line-up completed by lead guitarist Vedran Mircetic, bassist Jop van Summeren, multi-instrumentalist Rocco Hueting and drummer Tim van Delft, De Staat have already achieved remarkable things across three more colourful albums, 2011’s Machinery, 2013’s I_Con and 2016’s O. As for the old lingering criticism that De Staat don’t fit into a box? Torre has a theory on that… “If we did I think we’d be a boring-ass band,” he smiles. “We’re now at a point where we’re very relaxed because we really know who we are. There’s always something in our music that’s interesting, and if there’s a song you really hate? That’s your bubble, man. To me, that’s a lot more inspiring than something you just find to be OK!”