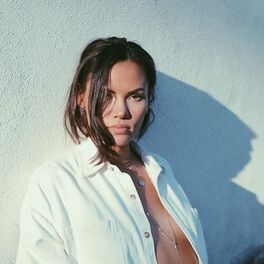 House on a new level – by Selected.

Sinéad Harnett is a London-based R&B singer whose quiet hard work guesting on tracks for the likes of Wiley, Kidnap Kid and Rudimental has given her a solo career in her own right.

Born in London to an Irish father and a Thai mother, Harnett grew up in Finchley listening to the likes of The Fugees, Whitney Houston, Lauryn Hill, Michael Jackson, Tina Turner and Amy Winehouse.

She broke into the music industry when, in 2011, Wiley put out a call through Twitter for potential collaborators. Harnett made the cut and appeared on his single 'Walk Away'. The following year she turned heads with a confident turn as the vocalist on 'Boiling', the lead track on Disclosure's EP 'The Face'.

2013 saw further collaborations with artists including Ryan Hemsworth and Kidnap Kid, but also her debut as a solo artist through Black Butter with the single 'Got Me' and the EP of the same name. Despite her solo debut, however, her biggest success that year was arguably featuring on three songs on Rudimental's number one album 'Home'.

Harnett went on to sign with Virgin EMI and put out a further EP, 'N.O.W.', which featured a production credit from Snakehips. A self-titled EP featuring collaborations with Grades, Kaytranada and Snakehips followed in 2016 and in 2017 Harnett released her first mixtape, 'Chapter One', as well as the singles 'Body' and 'Lessons'.

In September 2019 Harnett released her debut album, 'Lessons in Love'.