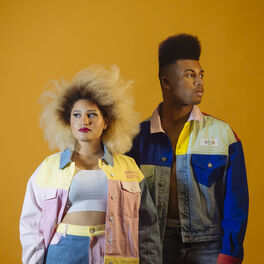 INDIANAH is an in 2018 founded music duo, consisting of sister and brother Shariffa Kanbier [vocals/songwriting] and Jermaine Kanbier [drums/electronics/songwriting]. The duo makes electronic pop music with acoustic elements. Inspired by contemporary electronic music, but also pop and soul, the duo started to write their own material and went into the studio with producer Jack van de Ven. In the meanwhile they were support act for world for UK world hit singer Anne-Marie’s and toured along various festivals and clubs. The 7th of June 2019 INDIANAH’s debut single ‘You’ came out. The single got added to more than 70 Spotify playlists and got airplay in multiple major chain stores. Currently the duo are working on their debut album.