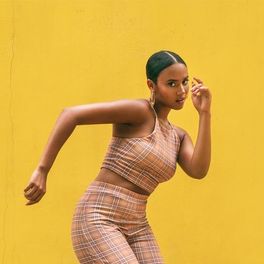 We Used to Call It Love (Single Edit)

Amália As Vozes Do Fado

Mayra Andrade is a Lisbon-based singer who was born in Cuba but grew up in Cape Verde and spent time in many other countries as her father worked as a diplomat. She sang in public as a teenager and studied singing in Paris. Performing in her native Cape Verdean Crioulo language, she won regional competitions and released her debut album 'Navega' in 2007. Other albums include 'Stória, Stória' (2009), 'Studio 105' (2010) and 'Lovely Difficult' (2013). She starred at the Barbican Centre in London in Gilbero Gil's 2018 show to mark the 40th anniversary of his album 'Refavela'. Also in 2018, she had a sold-out show at the EFG London Jazz Festival where she performed songs from an upcoming album titled 'Manga'.