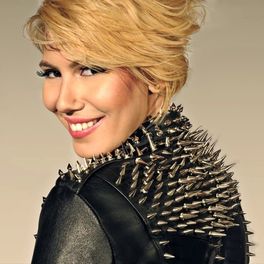 The Light is Red

I Got My Mind on You

Beers In The Sun

"Sore's musical products are a pastiche of several genres gleaned enthusiastically from listening to and experiencing the music of the various decades of the 20th century, and culminating in what can only be described as "collage rock", a totally new exciting sonic experience." (Jakarta Post 2005) SORE was originally formed by three childhood friends (Ade Paloh, Mondo Gascaro & Awan Garnida). In late 2001 Awan Garnida brought in two other friends (Bembi Gusti & Reza Dwiputranto) to form a group which they called SORE (means "late afternoon" in Indonesian). In late 2004 and early 2005 they contributed in a couple of compilation albums. The first was a compilation of music from Jakarta 's indie scene called "JKRT:SKRG" (an abreviation of "Jakarta, Sekarang" which translates "Jakarta, Now") released by Aksara Records. The second one was an original motion picture soundtrack "Janji Joni", also released by Aksara. Finally in July 2005 they released their full length debut album "Centralismo" (Aksara Records), which partly became their tribute to Central Jakarta, where most of the members grew up. Their music varied greatly from track to track as each member contributed lead singing and song-writing in this album. Their use of vintage instruments might create a little reminiscence of the golden era of pop music from the 50's, 60's and 70's only without being retro-ish. It was quiet a successful debut album from an indie artist, as seen from its media reviews and articles. It received "four stars (****)" from Jakarta Post newspaper. In Sept 2005 "Centralismo" was reviewed in TIME ASIA Magazine as "One of Asia's WorthBuying Album". In late 2007 this album was ranked as no 40 in "150 Greatest Indonesian Album of All Time" in Rolling Stone Indonesia Magazine. While preparing their materials for their second album, they were involved in four other original soundtrack albums: "Berbagi Suami" (Love For Share); "Kala" (Dead Time); Quickie Express; "Perempuan Punya Cerita" (Chants of Lotus), one of which became a hit single, "Pergi Tanpa Pesan", a reworking of an Indonesian obscure classic from late 1950's. In three of these films Bembie gusti and Mondo Gascaro along with their compatriot, Aghi Narottama also worked as the music directors. After working their materials for more than a year, they released their second album entitled "Ports of Lima" (Aksara Records - 2008) to great critical acclaim. The music in this album is relatively denser in texture than their previous release, with a lot more guitars and distortion, and stronger atmospheric sensibilities. Although many themes of the songs came from personal experiences, cinema, also be came their source of inspiration, as indicated by songs like "Essensimo" (Truffaut's 400 Blows), 400 Elegi (Lynch's Elephant Man), Come By Sanjurou (Kurosawa's Sanjurou). On 2013, Sore released their third album "Sorealist".