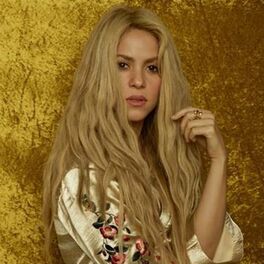 Love In The Time Of Cholera

Live & Off The Record

One of the few Colombians ever to become an international pop star, Shakira's sexy image and hypnotic dance music owes much to her poor upbringing in Barranquilla, where she was heavily influenced by Arabic music and exotic dancing in local restaurants. Of Lebanese, Italian and Catalan descent, she had a reputation at school as a belly dancer, and her gift for entertainment soon became apparent when she was discovered by local theatre producer Monica Ariza, who got her signed to Columbia. Shakira was just 14-years-old when she released her first album 'Magia' in 1991 and starred in Colombian TV soap opera 'El Oasis'. Her 1995 album 'Pies Descalsoz' made her a Latin superstar and her first English-language album 'Laundry Service' - producing the hit single 'Whenever Wherever' - in 2001 made her Latin pop's biggest crossover star since Jennifer Lopez. Her stardom was confirmed by 'Hips Don't Lie' in 2006, one of the biggest dance hits of the decade. After being named the fourth highest earning female in the music industry, Shakira released her ninth studio album 'Sale el Sol', winning Best Female Pop Vocal Album at the Latin Grammy Awards. After touring with her new material, it was announced that she would become a judge on the TV talent show 'The Voice' alongside Usher, Blake Shelton and Adam Levine. Plans for her next album were put on hold when Shakira announced her pregnancy, and her self-titled album was released in 2014. Her tenth album 'El Dorado' was released in 2017, preceded by the singles 'Chantaje' and 'Me Enamoré'. Artist biography compiled by BDS/West 10. All rights reserved