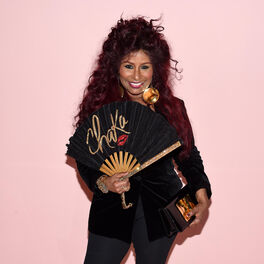 Stompin' At The Savoy

What Cha' Gonna Do For Me

Yvette Stevens changed her name to Khan when she married boyfriend Hassan Khan at the age of 17. She adopted the African name Chaka whilst working as a volunteer for the Black Panthers Party in Chicago. She took her first steps to global stardom with soul band Lyfe, before moving onto The Babysitters and finally teaming up with Kevin Murphy and Andre Fisher to form funk group Rufus. Their eponymous album debuted in 1973 and the band went on to enjoy much success before Khan went solo in 1978 with self-titled work 'Chaka' featuring disco anthem 'I'm Every Woman'.

Numerous career peaks and troughs followed before 1984's cover of Prince's popular track 'I Feel for You'. The Single went platinum, catapulting her into the big time and garnering a Grammy Award. Her rise continued into the late '80s and early '90s, seeing her duet of 'I'll Be Good to You' with Ray Charles bag another Grammy and perform soundtracks for cult movies 'My Funny Valentine' and 'Too Wong Foo, Thanks for Everything! Julie Newmar'. Albums 'ClassiKhan' and 'Funk This' have since followed, mixing jazz standards, cover songs and some original tracks. In 2011 she released live album 'S.O.U.L.' followed by 'Hello Happiness' in 2019.