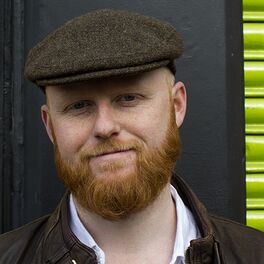 From the Heights of a Dream

And He Opened His Eyes And Looked Skyward

On The Wrong Side

The Warmest of Hearts (Single)

Stories about love, loss and hope from a hopeless romantic.. Since 2009, Irish musician and producer Deaf Joe has released various singles, EPs and albums through Dublin's independent Delphi Label. The folk-driven 'Burrowings' album dropped in 2011, followed by the dream-like drift of 'From The Heights Of A Dream' in 2014. 'Joanna' is his most beloved song to date, aggregating over half a million streams across all platforms. 2018 sees the release of a slew of new music from Joe, starting with stand-alone single 'On The Wrong Side' on January 12th and third album 'Stuck' on February 14th.