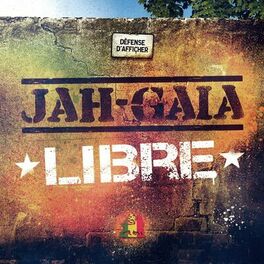 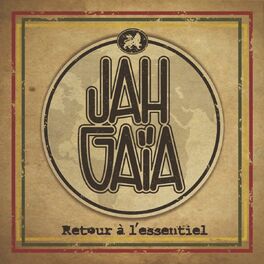 After the success of their first two explosive albums, Jah Gaïa travelled across France in 2013 playing more than 60 dates. They also won the French final of the renowned « Reggae Contest Europe » - the biggest European contest hosted by the Rototom organisation. The combo returns this year with their third album entitled « Libre », to be released on 6th May. JAH GAIA’s music can be defined as a militant and captivating reggae, with conscious and uplifting lyrics inspired by wide musical influences. Since their first maxi CD “Made in Occident” in 2008, JAH GAIA keep evolving and attracting bigger and bigger crowds. LIBRE their new album, recorded in 15 days at the Hacienda studios, mixed and mastered in the prestigious German Dorian Gray studios by Dieter and Umberto Eco, marks a major step forward in the JAH GAIA story. The album offers more maturity, a thoughtful music, while staying focused on the foundations that have contributed to the success of the Saint-Etienne born combo. Still involved in politics and activism, open to the world, Jah Gaïa here offer us tracks that keep abreast of current affairs and the general air of doom and gloom that surrounds us. “Seconde classe” and “Patchamama” are the perfect examples of that. But the Saint-Etienne fellows also show a more intimate side with tracks such as “Petit à Petit” or “Choisis les mots”. Freedom remains the central theme of the album, which is aptly named and perfectly mirrors the spirit of the band. On the track “LIBRE”, rights and freedoms are back in the limelight, raising awareness as a reminder to everybody. Their friends and neighbours, Dub Inc, are present on this album with “World sound and power”, true testament to the music, to reggae and to the simplicity that the band constantly asserts. On the track “Peace is the doctrine”, the guest is Meta Dia, current spearhead of worldwide reggae, with his afro-roots influences that perfectly match the message and spirit of Jah Gaïa. In a nutshell, these 12 tracks offer the full range of JAH GAIA ideals and convictions, and their ability to deliver a universal message through a sincere and positive music. With this album “LIBRE”, you will understand the daily struggle of Jah Gaïa against injustice and the inequalities of the world, for universality and unity.