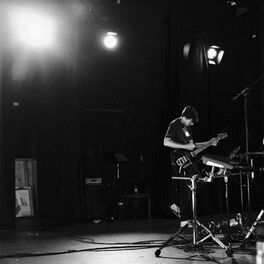 by For Tuesday, Christopher Burkholder

by For Tuesday, TWLV Music

For Tuesday is an indie lofi emo rock music project from Mark Ferris, the songwriter, instrumentalist, producer/mix engineer behind the songs. The project began as a series of lofi music sketches on Instagram and TikTok where Ferris explored the creative possibilities of cassette tapes, guitar pedals and synthesizers to make short-form tape loop driven ambient, lofi, experimental music. Inevitably, the project birthed a series of single releases to explore different ways of integrating some of those lofi tape sounds with an indie pop or rock sensibility, leading to the release of The Postal Service-inspired single "Hard Drive" in August 2020, followed by the release of The Smashing Pumpkins-esque "The Summer Went" in October 2020, then rounding out the year with the release of the synth and riff-heavy "Count Me In" a month later, described by Chalk Pit Records as "idyllic synth-pop anthem (which) will have you listening on repeat". Read more about For Tuesday's music, official lyrics, glimpses behind the songs, and more at his official website, https://fortuesday.com