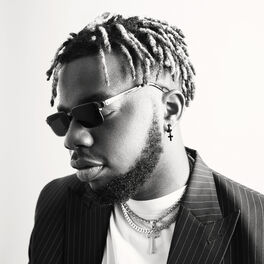 MisterKay is an Afro-fusion singer, songwriter and performer who began his musical adventure as a young child in Lagos, Nigeria, exposed to diverse sounds. He took music a step further during his teenage years when he started songwriting. With a vast preference in music taste, the singer has captivated every audience he reached with his uniquely relaxing vocals. Misterkay came through with his first EP “Rise to Fame” as a first-year student in 2015. He has since released two more EPs, “Underage” and the most recent “House of Eclipse” in 2020. He has also served out several singles including “Comply” and his “Fucking Tired” freestyle dedicated to the #EndSARS protests. With an unmatched love for live performances that enable him to show off his creativity and effortless ability to connect with his audience, Misterkay has successfully sold out 9 shows across Lagos and Accra where he graduated with a degree in Human Resource Management from Zenith University College. Misterkay has worked with talented artists like Black Magic, Tanashe, Josh Blakk, Chimah Nwankwo, Headgurl, Remy Baggins, Lady Donli, SGaWD, Egar Boi, Guiltybeats and many others.