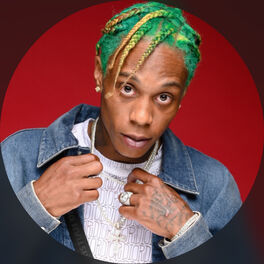 Know Your Worth (feat. Money & Twin)

Help U Get It

Rap artist LeDarion Morris aka Farrari Yanni hails from the southside of Chicago and is highly influenced by the "go-getter" mentality that the city breeds. He relates to the passion of the soulful records of the 1970's and 1980's, that were introduced to him in his youth by older family members. His motivational drive to make something out of nothing allows Yanni to visualize his desired destination while executing necessary goals. Yanni was his childhood nickname and since his favorite sports cars are Ferraris, he added it to his nickname, to create his professional stage name Farrari Yanni. Note that his name is spelled Farrari and not Ferrari. Yanni realized his ability to touch listeners through his emotional invoking freestyle lyrics in 2016. Inspired by his own real-life struggles, gritty lifestyle, and pain poetry, paired with his unique charismatic energy Farrari Yanni has the potential to reach iconic status within the musical landscape. Many people say His lyrical style is a mixture of Lil Baby and Drake, that is elevated company but according to many fans it is well deserved. He currently has dropped two hard- hitting singles "Doin Me" and "Keep Smiling" while taking the time to create an impressive debut album. Farrari Yanni is motivated to continue to grind while inspiring others to do the same with hopes to set an example for the next generation.