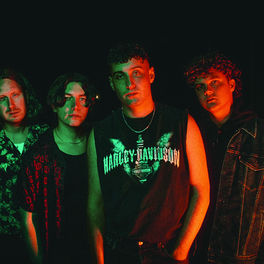 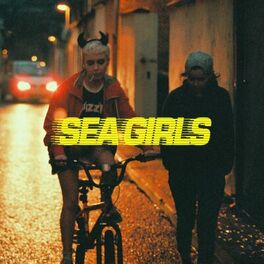 Open Up Your Head

Call Me Out EP

Call Me Out (Acoustic)

All I Want To Hear You Say

Do You Really Wanna Know?

Get Up And Start To Shine

Rock on! Rock it! Rock Out!

Formed in London by Henry Camamile (vocals, guitar), Rory Young (lead guitar), Andrew Dawson (bass), and Oli Khan (drums) UK indie-rockers Sea Girls first set sail on their musical journey in 2015, self-releasing their debut single, "Call Me Out", in June 2017. An EP of the same name came out the same month and they began gathering steam largely thanks to their energetic live shows. They released a second EP, Heavenly War, in January 2018 and a third EP, Adored, in June 2018, before bagging a record deal with Polydor Records in 2019. Their first single for Polydor, "Damage Done", was released in May 2019 with a second single, "Violet", also arriving that year. The following January, they released a new single, "Ready For More", followed by their first EP for Polydor, Under Exit Lights, which came out in March 2020. They saw their career skyrocket with the release of their debut studio album, Open Up Your Head, in August 2020, which was produced by Larry Hibbitt and peaked at Number 3 on the UK Albums Chart. However, the COVID-19 pandemic grounded their live adventures to a halt and they were forced to reschedule their album launch shows to August and September 2021. After re-emerging in February with their first release of 2021 – a cover of "Nothing Breaks Like a Heart" by Mark Ronson and Miley Cyrus – that August they revealed their second album, Homesick, was on its way. After some delays, Homesick came out in March and gave the band their second UK Number 3.