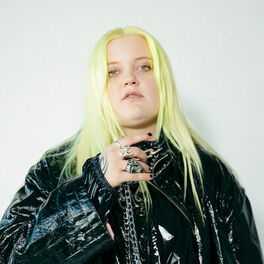 Have U Seen Her?

ALMA is a 23 year old with neon green hair, a magnetic punk attitude and a voice that could demolish buildings is part of a new wave of female powerhouses that have something say. Engaged and opinionated on issues from women's rights to body positivity and sexuality ALMA is forward thinking and making a change. Following her critically acclaimed EP “Dye My Hair” with platinum single “Chasing Highs”, smash track “Phases” FT French Montana (including an exclusive Charli XCX directed video) and her 2018 mixtape "Heavy Rules"; ALMA has been taking over and is not going to stop now – her upcoming album ‘Have You Seen Her?’ is not to be missed.