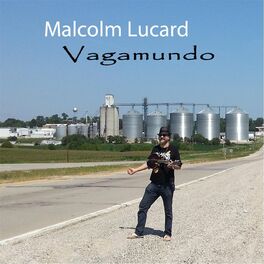 A skinny kid with moppy hair and acne. What else is he gonna do? Steal his mom’s guitar and try to make friends playing Beatles, Pink Floyd and Grateful Dead tunes in parking lots and school yards all over my hometown in Long Island, New York. Surrounded by psychedelic rock ‘n’ roll, weed and a whole lot folk and blues, by age 13 I was pickin’ guitar in a bluegrass band and the next day doing my best Neil Young, Jimi Hendrix and Grace Slick impressions in an acid-rock trio. I veered punk in my 20s, playing bass in a hard-core group called Any of Several Weasles and then played around New York City and parts of the US in an acoustic folk-punk trio called Other Peoples’ Children. In the 90s I headed west, to Colorado, getting deeper into acoustic folk, playing as a solo performer and in small ensembles and releasing my first self-titled album. Finally, I formed a six-piece brass and strings outfit called Irrational Exuberance, which mainly played around Colorado. After coming to Geneva, Switzerland in 2006 I got deep into Brazilian music and finally produced my second disc Vagamundo with a great musician and producer Diego Gadenz. Since then, I’ve been releasing singles and videos and I am now preparing to release a third disk in November 2020. The music I play today is a schizophrenic mix of all those experiences and influences, though these days a lot less pot is involved.