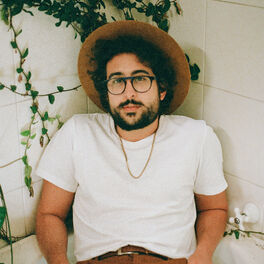 I Got You (DIMMI Remix)

So fresh, so clean

I Took A Pill In Ibiza

The Best Of The Bearded Man

Even though he’s only 26 years old, in 2017, the singer and songwriter became the most heard Brazilian voice in the world, according to Billboard. The position, quickly conquered with the hit “Hear Me Now”, was followed by Astrud Gilberto and Roberto Carlos. On July, 2017, the artist was awarded in Italy, winning a Double Platinum Record, and in France with a Golden Record. “Hear Me Now” has surpassed 420 million streams on Spotify – the song has broken the platform’s record – and 314 million views on the music video at the Spinnin Records official channel. His success kept growing with the song “Never Let Me Go”, which received a Platinum Record in Brazil. The song “Sun Goes Down” was also a Golden Record winner, and “Found U”, a collaboration with the DJ and producer Dimmi is also one of the most requested songs in the country. 2018 was a big year for Zeeba. In January, he released a new collaboration with Bruno Martini, that also counts with a special touch from Timbaland, Coldplay’s producer, the hit is called “With Me”. In April, another collaboration with Alok and Iro was released, “Ocean”, that has surpassed 70 million stream. Zeeba has already performed at the biggest stages and festivals around the world, including the USA, Canada, Sweden, Italy, France, Argentina, Mexico and even China. He is now dedicating his time to his solo career, preparing new songs with his authentic pop style, mixing organic and electronic sounds.