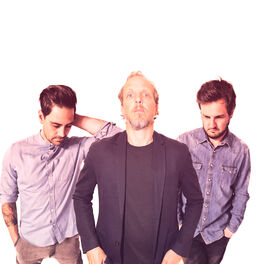 Transcontinental hard rockers HeadFury, a 3-piece with its roots in Johannesburg, South Africa, formed in early 2020 and wasted no time recording and releasing some really world class melodic rock anthems. Their sound is a mix of infectious riffs, hard-hitting drums and emotional melodic soundscapes that will get your mind thinking and your head bouncing. HeadFury is Vince van der Walt (Guitar, Bass), Gideon Kretschmer (Vocals) and Wayne de Bruyn (Drums). Wayne and Vince are based in South Africa, and Gideon in the Channel Islands (UK) and the band collaborates remotely, however plans are in the works to meet up for some live shows in SA & Europe in the next year. Debut album “A New World” was released in Nov 2020 via HopePunk Records, and the band are in the final stages of pre-production for their follow up EP to be released early 2022, which sees a very cool progression of their sound. FOR FANS OF Breaking Benjamin / Alter Bridge / Chevelle / Three Days Grace / Sevendust/ Tool More info at: https://hopepunkrecords.com/headfury