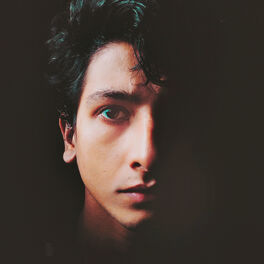 This World Is Not My Home

That's Where I'll Be

Nothing I Can Do

I Am Here To Return

Kedar began his experiments with music at the age of eight with music. From his childhood, his interest in music made him known among his friends, teachers and school. Curiosity and interest to learn and enjoy music through the intense wish, hard work and dedication to learn vocal music and many other musical instruments helped Kedar conquer the his tiny world of music at very early age. Kedar mastered 'Khayal Gayaki' in Indian Classical Vocal with an in-depth knowledge of various ‘Ragas’ and ‘Talas’. He completed the prestigious 'Sangeet Visharad' (i.e Bachelor of Music) and began performing in his individual concerts. To date, he has participated in and won many competitions in Indian Classical, Indian Semi-Classical and Indian Light Music. After finishing his 'Sangeet Visharad' (i.e Bachelor of Music), he started teaching traditional Indian Classical Vocal to many students. As a teacher, he works with an aim to develop talented upcoming musicians and artists. He did not stop his musical pursuits after mastering Indian Classical Music, but continued with his interest in Western Music. Since 2016, Kedar began to write, compose and record his own songs. He continues to contribute to various versatile and creative projects in his studio. While working on projects he became accomplished in the areas of professional sound recording, editing, mixing and mastering.