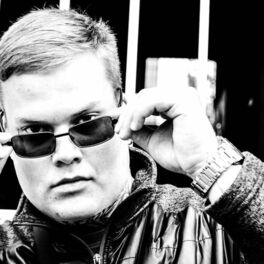 The Finnish rapper Atte Toikka rose to prominence through a meme-based culture group on social media created by a number of friends with similar interests in rap and hip-hop. In his late teen years he had grown up in the Malminkarto district of Helsinki and had been an active member of two notable rap collectives, namely Musta-Lista and Laulavat Kulkurit. As the various members' popularity began to grow through social media Toikka capitalised on the growing interest in his work by appearing at various gigs and festivals throughout Finland.

As inspiration for his material Toikka drew upon his own experiences growing up in the Helsinki suburbs and began to appear under the stage name MKDMSK. On January 3rd in 2019 he released the track 'Edelleen Edella' accompanied by a video. Just 19 days later he died, leaving behind a wife and young daughter. The cause of his death was not reported in the Finnish media. Following his death, the track 'Surullinen Klovni' featuring Pyhimys was released in April.