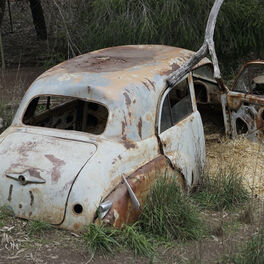 There's Always Something For Someone

Something New From The Base Of Old

The Ballad Of D.B. Cooper

Eyes To The Right

A Letter from the Front

Jumbotown is the acoustic singer songwriting duo of Mike Davies (also of Anderson, of a Painter) and Paul Ivor Jones Their inaugural single A Letter from the Front released September 2020 was followed by the eponymous 13-track album Jumbotown on 7 October. A Letter from the Front is one of 3 retrospective tracks from circa 2004, the remaining 10 acoustic tracks composed and recorded in 2020. Each song has the strong lyrical qualities that characterise the duo's writing. Following its popularity with the folk music community on BandLab, the duo released the single Small Town News in November 2020, ahead of their second album Tin Pan which was released in December. All songs on Tin Pan were composed in the second half of 2020 as were the tracks which followed on their third album Making Of Harvest which was released in February 2021 preceded by the single The Lost Famous in January. In March 2021 the duo released Eyes To The Right, the single from their fourth album Something New From The Base Of Old which released in April 2021. Their fifth album releases on 1 May 2021. Full picture at https://jumbotownband.com ; communication welcome through BandCamp https://jumbotown.bandcamp.com