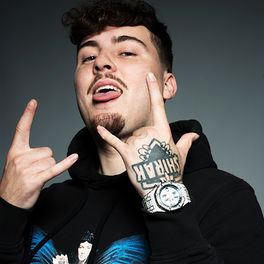 by $hirak, Mula B

It doesn’t take a genius to recognize the incredible talent of Julien Willemsen, better known as Jack $hirak (as a producer) and $hirak (as a solo artist). An award-winning beat composer, gifted solo artist, top streamer and DJ who tours across his home country and abroad, the Dutchman is widely considered one of the Dutch hip-hop scene’s most acclaimed acts. Jack $hirak (1993) was born in Capelle aan den IJssel, the city he grew up in and still gets to call home. His innate talent began to shine through around the time he reached the age of six; he made playing the piano seem deceivingly easy and even managed to master classical compositions from Erik Satie and Yann Tierssen later on. This musical foundation smoothened his transition into beat production in 2007, which proved a masterstroke move. By the end of 2015, he had signed with Ali B’s management agency SPEC. and scored his first national hit song alongside Lil’ Kleine and Ronnie Flex (‘Drank & Drugs’ – the most streamed Dutch rap record of 2015 with over 37 million streams). In the same year, Ronnie Flex encourage him to join a writer’s camp on Texel with Dutch hip-hop collective New Wave, with whom he went on to win the Popprijs and an Edison for best album of the year. The years that followed were at least as successful. He won the FunX Award for ‘Best Producer’ in 2016, repeated his milestone of 2015 by producing the most streamed Dutch rap tracks of 2016 (‘Jungle’ – over 41 million streams) and 2017 (‘Krantenwijk’ – over 53 million streams) as well, and produced all tracks of Lil’ Kleine’s albums: ‘WOP’ and ‘Alleen’. The time was right for him to pursue the next step in his career, to realize his full potential as a full-fledged DJ and solo artist. Fueled by his commendable drive and admirable ambition of wanting to become one of the best Urban DJs on an international scale, $hirak focused fully on becoming a solo artist. And he did so splendidly: his single ‘Miljonair’ topped the Dutch Single Top 100 for four weeks straight and sold certified platinum within two months. To date, Jack $hirak scored eight number-one songs in the Netherlands out of 50+ charting hits, produced a legion of successful songs and garnered almost a billion streams on Spotify. Judging by his recent collaborations with the likes of Kevin Lyttle, Demarco and Bhad Bhabie, he is intent on gaining a foothold abroad. Considering his enduring, and above all massive success in the Netherlands, Jack $hirak’s road to international stardom is only one stroke of genius away.