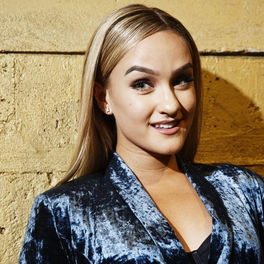 Appearances on singles by the likes of Robin, Vilma Alina and Profeetat put Nelli Matula on the radar, but it was singles like 'Helposti Särkyvää' and 'Tää Ei Oo Ohi' that really put her on the map.

Born Nelli Sofia Matula in Espoo, Finland, she was musical from an early age. She started to play the recorder in pre-school, then began singing and dance classes which led to a turn in a Helsinki City Theatre production of 'Mary Poppins' as Anna Banks in 2009. It was around that time that she settled on plans for a career as a performer as she worked on her singing at the Espoo Music Institute.

In 2016 she released her first single, 'Kato Vaan', but it was 2017 that was arguably Matula's real breakthrough year. She had number ones on both the Download Chart and the Singles Chart with 'Hula Hula', on which she performed with Robin. Further successes came with performances on 'Tyynysotaa' with Vilma Alina, Sini Yasemin and Ida Paul, Profeetat's 'Eyo' and her own 'Tää Ei Oo Ohi'. In autumn of that year she became one of the stars on the fourth season of MTV3's 'Tähdet, Tähdet'. In 2019 she had another top ten hit in the Finnish charts with 'Helposti Särkyvää'.