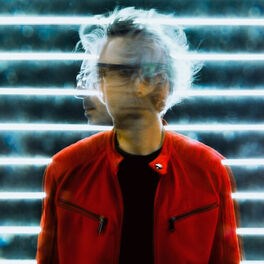 Before U I Didn't Exist

Adventures of the FRNDship: Issue One (Acoustic)

Adventures of the FRNDship: Issue One

What If I Fall Apart

Before U I Didn't Exist (Charlotte The Mannequin Remix)

Before U I Didn't Exist

by Said The Sky, FRND

FRND is the pseudonym of a musician and producer (Andrew Goldstein) based in Los Angeles. His music features breathy vocals, soothing melodies, and layers of gentle electronic beats. FRND signed to boutique record label Crooked Paintings in 2016. That same year, he released his debut single, "Friend," which received coverage from Impose magazine and other online outlets. In 2017, FRND released his debut EP, "In Your Dreams," as well as collaborations with Blackbear and Said the Sky, totaling more than 40 million streams on Spotify alone. FRND started off 2018 collaborating with Imad Royal on "Love Is Dead" and in June he released "Erase," the single off his second EP, "Before You I Didn't Exist" ~ Benjamin Schulz