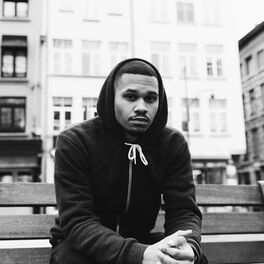 For What It's Worth

Out Of My Hands (feat. Oddisee)

by The Geek x Vrv

TheColorGrey is the alias of 22 year old MC Will Michiels (°1994) who catapulted himself into the Belgian urban scene midway 2015 with a collaboration on the Woodie Smalls’ single ‘Night Slugs’. Early 2016, TheColorGrey released the self produced EP ‘Do The Right Thing’, which caught the attention of urban music lovers, blogs, label reps and radio promotors. The single ‘Sins’ was picked up by alternative radio station Studio Brussels who put the song in heavy rotation, making it the ‘most trending track’ for weeks on the Belgian urban charts. TheColorGrey has been lauded for his smooth and soulful vocals, thoughtful lyrics and laidback vibes. All self produced and self written. His warm voice has been credited as ‘captivating’ by multiple reviewers. In June 2016, TheColorGrey founded the urban music-label Corner Vibe Records (short: Coners Vibes) which he licensed to Warner Music. The enables him to establish himself as a solo artist in the quickly evolving urban scene, as well as to scout for new talent which can flourish under his guidance.