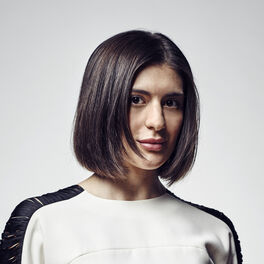 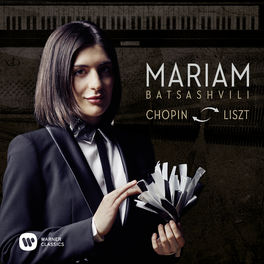 Mariam Batsashvili gained international recognition in 2014 when she won the 10th Franz Liszt Piano Competition in Utrecht, having already triumphed three years earlier in the International Franz Liszt Competition for Young Pianists. That event took place in Weimar, the German city which held such an important place in Liszt’s life and career. Batsashvili trained at its Franz Liszt Conservatory, following earlier studies at the Evgeni Mikeladze Central Music School in Tbilisi, the capital of her native Georgia. “Franz Liszt definitely has a special place in my life,” she has said in interview. “I am always looking for the real meaning, beauty and nobility of his music, whether it be spiritual or temporal. Firstly, he was such a noble man …After hearing the Bénédiction de Dieu dans la solitude [the opening piece on the album], one understands and feels that his music radiates with so much kindness and love, and many more positive emotions. I can’t understand why some people only hear virtuosity and the incidental demonic, Mephistophelian character in his work. His music is so complete, so perfect: every single emotion and thought about life can be found in it. He is very daring in the way he uses the entire piano to express himself. Every single emotion and thought about life can be found in his music ...” Still in her mid-twenties, Mariam Batsashvili has given recitals in more than 30 countries and appeared as a concerto soloist with major orchestras and conductors. In 2015 she received the prestigious Arturo Benedetti Michelangeli Prize and she spent the 2016-17 season as a ‘Rising Star’ of the European Concert Hall Organisation (ECHO). She is currently a member of the BBC’s high-profile New Generation Artist scheme. An inquiring artist whose magnificent technique is always placed at the service of the composer, she has been described by London’s Observer as “as a superbly poised soloist – a name to watch,” and by the Netherlands’ NRC Handelsbald as an interpreter who" turns every phrase into something special”. Batsashvili, who began playing the piano at the age of four and decided three years later that she wanted to make a career as a musician, says that: “The piano allows me to express everything that I want to say, what I want to tell people. My goal is to reach people through music.”