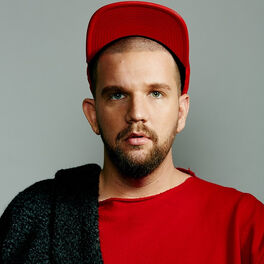 Stuck In My Feelings (Remixes)

Deep Down Below (feat. Yacht Money)

Stuck In My Feelings

Stuck In My Feelings

Andreas Moss is a Swedish-born, Nashville-bred, and Los Angeles-based singer-songwriter heavily inspired by the emotive, openhearted end of contemporary R+B. Moss has appeared on Spotify’s “Global Viral 50” playlist, “New Music Friday” and “Viral 50” playlists in multiple countries. He has earned over 4M streams for his viral single, "Thinking About You," and gathered over 13M streams and views for his music. The Curb Records recording artist has performed in support of Juicy J, Andy Grammer, and Fetty Wap, among others, while being praised by media outlets such as Billboard, PopDust, Wonderland, and Clash. His new release, “Body Talk” with Mia Mor and Doeman, is the lead single to the upcoming album, The Perhaps Existence of Andreas Moss, due in 2019.