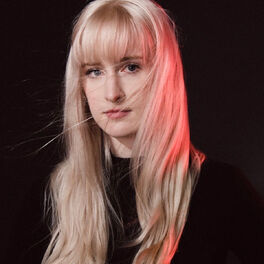 The debut EP from Bridget Rian, Talking to Ghosts, is a delicate, dark and intricate collection of stories rooted in the bittersweet honesty about the fragile human condition. Exploring themes of mortality, loss, and nostalgia, the New York-raised singer-songwriter brings profound comfort to the listener with her ethereal vocals and contemplative storytelling. “I wanted to name the EP Talking to Ghosts because in every song I am either talking to someone who has died, my past self, or talking about ghosts,” says Rian. “There are also some old, interesting family stories about me as a baby talking to ghosts… so it’s a topic close to my heart.” Produced by Paul Moak (Caitlyn Smith, Carolina Story, Liz Longley) and recorded at The Smoakstack in Nashville, TN, Talking to Ghosts perfectly captures Rian’s painfully pure timbre, while the lush sounds of lap steel and acoustic guitars intensely wash over each track and immerse you deep into the heart of every story. “Paul is just the best,” says Rian. “Immediately he was like an old friend I knew forever. At times I felt like he could really see me as a person even when I couldn’t see something in myself. We like the same music and he really understood my influences for this collection of songs. He put together the best possible band, all of whom were incredibly supportive, kind and obviously cared about the music. He treated my music like it matters and that means everything to me.” The first single from the EP, 'Type of Girl', which debuted in February 2021, is a true testament of Rian’s unique sound, which embodies elements of indie rock, alternative pop and classic Americana instrumentation. Fans of artists like Ingrid Andress, Phoebe Bridgers, and Kacey Musgraves will surely be quick to connect with the songs and Rian as an artist. “While driving through rural Florida, I saw the cemetery that inspired the second single from the EP, ‘Trailer Park Cemetery’, says Rian. Something about how death was so close to the living was fascinating for me. I thought about this cemetery for months and joked about how I wanted to be buried there. I realized that it is more a commentary about life than death. How I want to be close to the living even in death. How I don’t want to miss out on opportunities even in death. I’m afraid I’ll be lonely and long for my reckless teenage years.“ Now based in Nashville, TN, Rian grew up on Long Island, NY and began writing songs at the age of 11 after her mother bought her a guitar for her 10th birthday. “My parents always listened to a great wide array of music. I feel like I really got a great music education from both of them,” says Rian. “In high school, my choir teacher pulled me aside and showed me badass women singer-songwriters and that’s when I really started to develop my taste and become basically addicted to songwriting. High school was a hard time for me so songwriting was really a way for me to process my emotions.” Although Rian declared Music as her major in college, it was difficult for her to fall in love with the Classical music course requirements. A few years and major changes later, in the summer of 2019 she decided to make the move down South and focus on her songwriting career in Nashville. ​