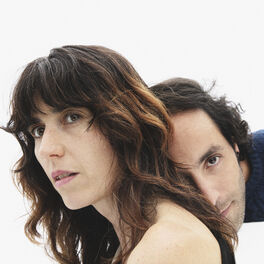 Belfour follows the tortuous paths of a haunting rock, in French in the text. Lucie Mena and Michael Sacchetti, from Clermont-Ferrand, have released an EP where their subtle musicality has won over a number of outstanding artists such as Pascal Humbert -ex Detroit and 16Horsepower-, who enlisted them to support Bertrand Cantat. Between captivating poetry and visceral energy, Belfour exalts the senses and goes straight to the gut. The six tracks on the EP, which will be released in June, are stories told with fervour, emotion and sensitivity. The bewitching video clip of "Si la rivière coule" has been selected for the International Short Film Festival of Clermont-Ferrand in 2022. Discover more about Belfour : https://linktr.ee/belfourmusic