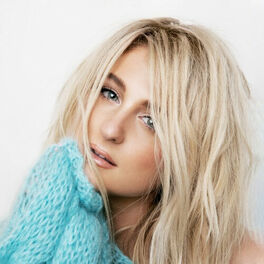 With You - The Remixes

I'll Be There for You ("Friends" 25th Anniversary)

Run Like The River (From "Playmobil: The Movie" Soundtrack)

Hurt Me (From "Songland")

In 2014, at the age of 20, Meghan Trainor shot to fame with her debut single 'All About That Bass', which went on to top the charts in 58 countries. She grew up on Nantucket Island in Massachusetts and began singing and playing trumpet in a school jazz band, writing her first song at the age of eleven. She took guitar lessons from Johnny Spampinato of NRBQ and the Incredible Casuals and went on to sing with local band Island Fusion for four years. She later studied at Berklee College of Music and, by the time she was 18, she had self-released three albums.

She won a publishing deal with Big Yellow Dog Music and as her songs were picked up by other artists, she went on to be signed by Epic Records and wrote 'All About That Bass'. The follow-up single 'Lips Are Movin'' reached number four on Billboard's Mainstream Top 40 and Hot 100 charts as her first major album 'Title' (2015) cemented her reputation as a pop/R&B singer.

In 2016 she won the Grammy Award for Best New Artist, prior to the release of her next album 'Thank You', including further hits 'No', 'Me Too' and 'Better' featuring Yo Gotti. In 2017 she had further success with the single 'I'm a Lady', which featured in the animated film 'Smurfs: The Lost Village'.

Initially scheduled for release in August 2018, Trainor's third studio album 'Treat Myself' arrived in January 2020. It contained the singles 'No Excuses', which peaked at number 16 on the Mainstream Top 40, and 'Wave'. She also joined 'The Voice UK' in 2020 as a new coach alongside Sir Tom Jones, will.i.am and Olly Murs.