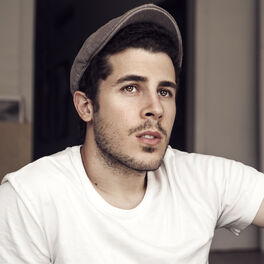 Seven Shades of She

Star in a Jar

Dark Side of the Light

Kais Khoury, known professionally as KAIS, is a Canadian, Jordanian-born singer/songwriter and recording artist currently based on the island of Cyprus, where he runs his own recording studio: Hot Soap Studios. Since he began songwriting from a young age, he has addressed a wide array of topics. Recognizing music as a tool that could move and influence people, he first wrote about world issues like war and global warming. Today, KAIS’ poetic complexities have grown to express the plain difficulties of being human. Always a lover of the metaphysical, he has expanded the boundaries of his spiritual development by weaving a fine balance between his natural inclinations for open expanse sports like kite surfing and skydiving, with the everyday demands of the social world. Producing a mixture of Indie-Alt, Psychedelic Soul-infused Blues & Folk Rock, KAIS falls nothing short of peachy as he demonstrates a mixed influence by quintessential acts like Jeff Buckley, Ben Howard, Oasis, Radiohead and Gary Clark Jr. Gradually having made ripples in the music industry as an independent and self-funded artist, KAIS has performed quite a number of gigs since the early 2000s. In 2014, while based in London, he took part in the Mayor of London Big Busk. That same year, he put a stamp on his music career after graduating with a diploma in Music Production and Sound Engineering out of Point Blank Music College. Having moved back to the West Coast of Canada in 2015, KAIS performed with his three-piece band at legendary local venues such as ‘The Harbour Event Centre’, ‘The Fox Cabaret’ and ‘Guilt & Co’, including Seattle, Washington's ‘Studio Seven’. In November 2017 he was personally selected to perform at Toronto’s annual Indie Week, where he performed at the Brooklynn, the notorious Painted Lady, and the Cavern. KAIS has gained significant radio airplay on both College and Non-Commercial Radio throughout the US, and was set to perform at South by Southwest (SXSW) in Austin, TX in March of 2018. Prominent achievements include an ‘Honorary Mention’ at the 2016 International Songwriting Competition, a ‘Best Out of Province’ nomination at the Toronto Independent Music Awards and a ‘Lyrics Finalist’ in the USA Songwriting Competition. Although KAIS has retired from live performing in the last couple of years in order to support his family business, he slowly continues to translate what speaks to his heart into more mature and powerfully moving songs, all to be released in due time. Website: https://www.KAISofficial.com Instagram: https://www.instagram.com/KAISofficial Youtube: https://www.youtube.com/KAISofficial