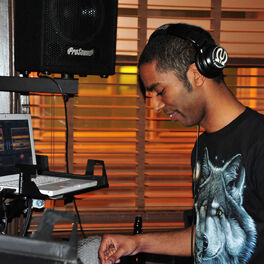 Theofred started listening to underground radio in London growing up where a mix of music gave him an escape from the popular (and overplayed) music of the time. The emergence of house and garage music in the 90s and the rarity of the songs led him into collecting the records and later DJing those songs, playing at clubs in central London, surrounding areas and on local radio stations. While mainly playing one genre at the time, Theofred still wanted to play a wider selection which took into account his varying music taste. This came in 2009 as a resident DJ at Lounge 34 in central London for 4 years. Find out more at www.theofredmusic.com