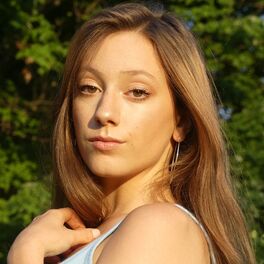 Who Are You Fighting For? (Radio Edit)

Who Are You Fighting For?

Gina Brooklyn, now only 17 years old, returns with a second 6 song EP produced by Idris Aquil from Universal Music Group. In January of 2018, a pre-mastered version of the EP was sent to Steve Weatherby, VP of Sovereign Music/Ingrooves Music Group, within a month later Gina was signed to a two year publishing/admin deal. Gina Brooklyn wrote all 6 songs releasing two singles. “Normal” on June 1st, 2018 followed up with the song “Warning” on July 13th, 2018. Both songs captured immediate success with bloggers/playlists worldwide especially with YouTube garnering over 150k views on “Normal and over 275k views on ”Warning” within 30 days of their release. Throughout her creative career, Gina has had the opportunity to perform at a multitude of prominent venues across the United States, including The Rock Hall of Fame and House of Blues in Cleveland, The Bluebird Cafe in Nashville, The Hotel Cafe in LA, and The Bitter End in NYC. From a recent review on Gina’s song “Warning” from grungecake.com, the writer sums up Gina’s bravura like this “Unlike many performers her age, Brooklyn decided to take on a musical style that involves a skillful vocal ability that’s hard to duplicate or computerize.”