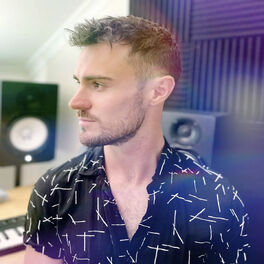 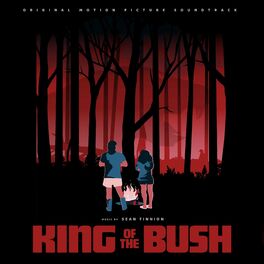 A Stargazer's Guide To The Cosmos (Original Motion Picture Soundtrack)

Sean Tinnion is a multi - award winning British-Australian music composer for films, television, games & other multimedia productions currently based in Australia. His compositional style and sound is a mixture between haunting, evocative, emotional scores & dark ambient soundscapes that extensively use orchestra and electronic elements. Over the span of his career, he has scored almost 50 productions based in Australia and overseas, including the UK and the USA. His awards and accolades include 5 wins for 'Best Film Score' at the Hollywood Boulevard Film Festival, the Los Angeles Film Awards, the Oniros Film Awards: New York, the Oniros Film Awards: Italy and the APRA Screen Music Awards, Australia. He has also received a further 9 nominations for his work in film & TV. ​ 2020 was Sean's most successful year to date, landing his first feature length film production 'The Last Horns of Africa' which is a gripping and intimate look at the current rhino poaching war raging across Africa. This then led to his second feature length film 'Jaimen Hudson: From Sky To Sea, which will be shown in cinemas Australia & New Zealand wide throughout 2021. He has two more features lined up for 2021 as well as a PC video game which is set for a late 2021 completion. ​ Sean has also been releasing music onto all major streaming stores. His first album was released on November 14th, 2017 titled 'Timeless' which has since been followed by a meditation/easy listening album 'An Everlasting Serenity' which was released on March 25th, 2020. These albums are instrumental works, written in a cinematic style for lovers of the film music genre. 'Avori' is his 3rd album which is a solo piano work which was released on November 24th, 2020. He is currently working on his 2nd meditation album which will mark his 4th album release and is planned for a late 2021 release. date. ​ Born in Liverpool, England, he started out at the early age of five where his interest in music began at the piano and eventually would turn to film music. In late 2004, he immigrated to Australia where his musical skills had the opportunity to develop further. He went on to earn his Bachelor of Music Major In Composition and Music Technology in 2011 from The Western Australian Academy of Performing Arts, graduating in 2015. Scores to many documentaries & films have gained recognition and intertest from producers & directors both domestically around Australia and internationally. He is now one of the most sought after composers for film & TV in Perth.