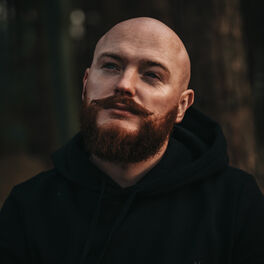 Osborne, real name Richard Osborne, is a British singer-songwriter from Ipswich, UK. His debut, independent single 'Complete' was released in September 2017, with a remixed version by Lucky Rose released in March 2018. 'Complete (Lucky Rose Remix)' amassed over 12 Million across all digital streaming platforms and became a success across Europe, where it made Spotify's Viral 50 chart in Norway, and reached the iTunes Download Chart in countries such as Norway, Austria, Poland, Sweden, and Estonia. Osborne's music has previously been endorsed by the likes of Sky Sports and the BBC, also having received support from industry taste-makers such as Martin Garrix, Mr Revillz, Filtr and Digster respectively. Osborne spent the majority of 2020 writing new music for himself and other artists whilst dealing with the restrictions of covid-19, all of which are set to be unleashed in 2021. On February 19, 2021, Osborne released his new single 'Feel The Same'