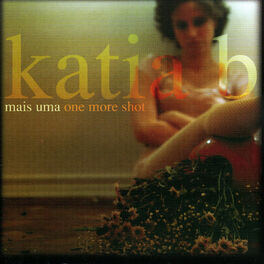 Bossa Nova Is Not A Crime

by The Juju Orchestra

The Best of the Cocktail Lounge Players, Vol. 2

by The Cocktail Lounge Players

The Brazilian Sound, Vol. 1 (Music in All Genres from Brazil)

Katia B is a Brazilian singer/songwriter from Rio de Janeiro, with five albums released. Her work blends elements of Brazilian music, pop and trip hop with electronic textures. She is also an actress and a dancer. Her second album, “Só Deixo Meu Coração na Mão de Quem Pode” was released worldwide, with a great review at the British newspaper The Guardian, and features the renowned musician Egberto Gismonti as a special guest. She also appears in the CD São Paulo Confessions, from the Serbian producer/musician, SUBA. Katia B has performed in Japan with the singer-songwriter Vitor Ramil and the percussionist Marcos Suzano. Her latest collaboration SAMBA NOIR is a quartet of musicians (Katia B + Marcos Suzano + Luís Filipe de Lima + Guilheme Gê) who plays Brazilian torch songs, mostly from the fifties, from acclaimed Brazilian songwriters. Katia B has also performed in England, France, Germany, Serbia, Portugal and México. https://www.youtube.com/KatiaB