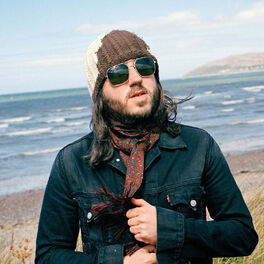 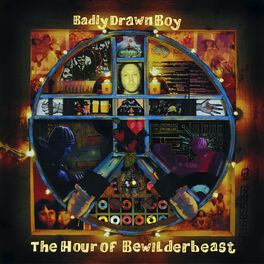 The Hour of Bewilderbeast

Have You Fed The Fish

About A Boy Soundtrack

One Plus One Is One

Born In The UK

It's What I'm Thinking (Part One: Photographing Snowflakes)

Once Around the Block

It Came from the Ground

A Journey From A To B

Everybody's Got to Learn Sometime

Damon Gough (aka Badly Drawn Boy) grew up in Bolton, Lancashire but despite (or because of) his shambolic appearance, droll, idiosyncratic songs and eccentric shows, he found cult success as an alternative artist after adopting the name of the lead character in the show Sam & His Magic Ball. A chance meeting with DJ Andy Votel in Manchester brought them both fame with Badly Drawn Boy releasing his first limited issue single, EP1, on Votel's newly formed Twisted Nerve label. More EP releases cemented his growing reputation, and it exploded commercially in 2000 with his debut album The Hour Of Bewilderbeast, which went on to win the prestigious Mercury Music Prize. He later wrote the music for the movie About A Boy and then adopted a more guitar-orientated mainstream pop approach on the Have You Fed The Fish? album in 2002. He subsequently toured heavily in the US but was back in the north of England to record his next album One Plus One Is One (2004), an intimate collection inspired by the death of a friend. His next album Born In The UK documented growing up in England and he was back again in 2009 with Is There Nothing We Can Do? and It's What I'm Thinking Pt 1 - Photographing Snowflakes (2010).