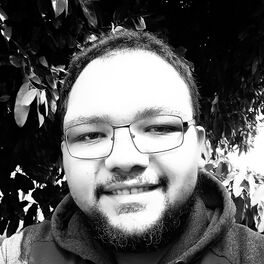 JiNXRaT, also known as Di Ronis or Valdir Ronis, is a DJ and music producer from Ceará, Brazil. Coming from a family of musicians, his first contact with the stage came at the church, where he started playing the cavaquinho when he was only 5 years old. At the age of 8 he attended the singers' group, where he stayed until adolescence. In the 2000s he started listening to DJs Marky and Patife and his curiosity led him to know this world. In 2004 he decided that he would perform at a small festival that would take place in his hometown, Fortaleza-CE. After meeting the producers, he insisted that they let him perform and handed them a djset that he had produced in his grandfather's studio, who had died years before. The first attempt was unsuccessful, but a few months later one of the producers contacted him, inviting him to a closed event. That was the beginning of everything. At the age of 21 he moved to São Paulo where he met some DJs and played at small events and closed parties. In 2010 he started producing some deep house tracks, later releasing them under the name catnoid and sometimes SarkDide. In 2013 he returned to his hometown, and soon afterwards he went to the interior of the state, as an Evangelical Missionary. One of his grandfather's dreams was for Di to become a pastor one day, but his experience as a missionary showed that what he really wanted was to continue with the music. The year was 2014 and he continued to release some tracks under the name Snarqie. After a long hiatus, he moved to São José do Rio Preto, São Paulo (Brazil), where he dedicated himself to music production, mixing deep house, trap and sometimes even Brazilian funk.