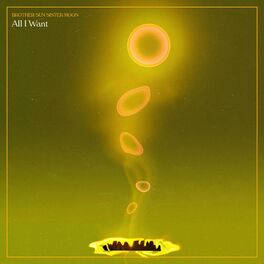 Shohei Megumi (Gt&Vo), Yusuke Okada (Dr) and Ayu Megumi (Ba&Vo) founded the indie pop band BROTHER SUN SISTER MOON in August 2017, in Osaka (Japan). Two voices of very different colors, singing in English, blend into a very open sound, adding their own peculiar and crooked angle to the universality of pop. Clearly inspired by Western indie, their music is much more than that, easily tickling the ears of listeners from various backgrounds. Before they even debuted, they caught the attention of music curators and were invited to various major festivals in Japan. From spring 2020, they will regularly drop singles -starting from “Paranoid” on May 27-, until the release of their 1st EP “Some Same Soul” on July 29, under the new label Bigfish Sounds. The lyrics, co-written by the brother and sister Megumi, depict with a rich expressiveness the complexity of the heart, and how it underlies the inherent loneliness of people, the beauty of looking for someone to heal this solitude, the feeling of love. The three members of BROTHER SUN SISTER MOON jump across music categories with their evolving art form, an anonymous projection of people’s inner self into music.