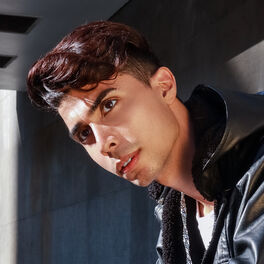 Luis Miguel Arévalo Martínez or, more simply, Luam Musik, as he is known in the music world, is a Venezuelan singer, publicist, and photographer. He was born in Caracas, Venezuela, on January 3, 1998. In 2021 he premiered his single “Tanto”, with which he began in the musical sphere. The stage name “Luam Musik” is based on his birth name. Luam Musik is characterized by his pop-genre performance, especially in urban pop. Luam Musik is son of Teodoro Arévalo Márquez and Elena Emperatriz Martínez Rodríguez. It should be noted that Luam is the grandson of Mr. Luis Alfredo Arévalo, a Venezuelan singer who has performed in public since he was a child; Indeed, his debut was at the age of five, on Radiodifusora Venezuela, Caracas. Besides, his grandfather was awarded as the “child prodigy of singing.” Luam lived his early childhood in Cagua, Aragua state. Later, when he was ten years old, he moved with his parents to Maracaibo City, Zulia state. From an early age, he showed great interest in music. Following his vocation, he was part of the musical groups of Gaita of the different academic institutions in which he studied: U.E.P. Our Lady of Chiquinquirá, U.E. Creation VIII and in the U.E.P. Manuel Felipe De Tovar in Zulia, Venezuela. In them, he participated as a member of the choir and as a soloist in some interpretations. Tanto In 2021 Luam Musik released his debut single “Tanto“, a song that deals with first love and the emotions experienced during this sentimental situation. The single was produced by Luis Carlos Nieves, better known as “DJLC“. The lyrics were composed by the Venezuelan singer-songwriter and former member of the famous Venezuelan musical group A.5, Rey Bastidas. The video of that work and all the design and digital marketing content was created by Stellas Media, a Venezuelan audiovisual Company, and by Reynaldo Cepeda, a Colombian publicist, photographer, and designer.