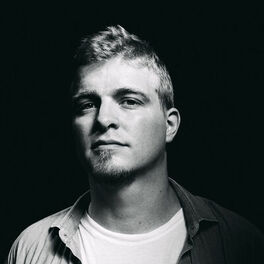 Fall on My Sword

Take me to the islands

Until I Feel Strong

Belongs To You (Radio Edit)

Until I Feel Strong

Belongs To You (Radio Edit)

When EDM rubs shoulders with a powerful voice, John Linhart is never far away. Partially thanks to his musical parents, John's first emotions take a decisive course. Behind his British surname, which he takes from his father, lingers a French singer, songwriter and guitar enthusiast. In 2011 after several years playing with Folk Rock bands in France, he moves to London and starts working with local EDM producers and DJs. On his return to Paris, nourished by a strong appetite for Pop, Electro and House, he releases his first single, “Take me to the islands”, thus laying the foundations of his own musical world: English text with Pop and Soul melodies , backed by heady rhythmic instrumentals... ideas are definitely brewing. In 2019 John Linhart signs with French publisher 'Musigamy' and delivers a series of new tracks. In association with DJ and producer Jack Mallett he releases “Move On” and the touching and intimate track “Can't Stop Now”. These strong links between EDM and Pop become his real musical DNA. In 2020 John multiplies his collaborations working with artists such as ‘Axmod’ or ‘Vilda’ under the banner 'Sidekick' and ‘Djs like It's Benzzo’ and ‘Skulljom’ with Spanish label ‘Blanco y Negro’. John releases his debut album "It's on Me" in 2021 and his number of followers is now growing day by day.