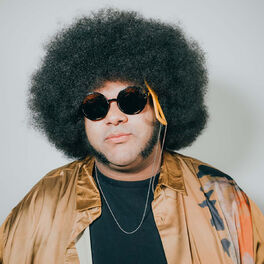 Monsters Under The Bed EP

Anything Could Happen (Superorganism Remix)

Dylan Cartlidge first came onto the scene with his debut release ‘Love Spoons’ / ‘Strawberry Blonde’s Snip’. Hailing from a small town in the North-East of England and with the phrase "Hope Above Adversity" as his motto, the stars aligned for Dylan when he was spotted by a management team and signed by Glassnote Music in 2018." As he began to forge his path into the music industry with his earlier releases, he collaborated with UK indie icon Jamie T, garnered praise from radio tastemakers including Annie Mac, Huw Stephens, Jack Saunders, Phil Taggart and Matt Wilkinson. He also gained a glut of UK print support, with NME simply describing his sound as “f**king brilliant”. He released his debut full EP ‘Monsters Under The Bed’ in April 2019. On the live side, his bourgeoning fanbase lapped up a 13 date headline tour as well as performances at SXSW, Glastonbury and Radio One’s Big Weekend up in Middlesbrough. Musically, Dylan boasts an uncanny talent for deconstructing and subverting genres that he honed in his teenage years, it’s not hard to see why Dylan has drawn comparisons with everyone from Beck to Andre 3000. It’s a stylistic mix that’s reflected in his unique image: timelessly cool afro; Americana-inspired Hawaiian shirts; Elvis-style cuban collars. While no two of his songs are quite the same, the constants are a boundary-squashing, scattergun approach to genre, and an ability to connect with the deeper fabric of British society in these complex times.