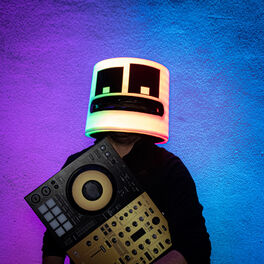 Dj born in 1982 in a coastal town called Bermeo in the province of Bizkaia (Basque country). In 2007 I began to visit towns and nightclubs with their various and fun sessions, going through all types of musical styles ... both current and classic. At the beginning of 2019, this led helmet was manufactured by himself, which today his signature and identity, Six months later, he was interviewed on the radio about his led helmet and his parties. In 2021 he began to publish his remixes of current songs and of his youth, in April 2021 he released covers of songs such as “played a live” by Safri duo, in a classic trance style, the hit “Laxed” by Tiktok was also not escapes, giving a Bumping / hard house style, the 1996 hardstyle classic “String” by RBM reconverted to the hardstyle style. He is currently working on 2 songs that will soon see the light, one will be his version of the song by Vicetone & Tony Igy “Astronomia” and the next a hymn from the Basque country.