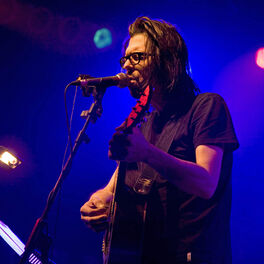 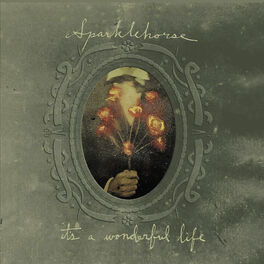 It's A Wonderful Life

Dreamt For Light Years In The Belly Of A Mountain

Dark Night of The Soul

Someday I Will Treat You Good

Mixing his rural roots with a deep melancholy, Mark Linkous aka Sparklehorse, battled drug addiction, depression and solitude on his way to becoming a revered singer-songwriter. The first of his family not to become a coal miner, he came to prominence in the UK in the mid-1990s when Radiohead heard his self-recorded debut Vivadixiesubmarinetransmissionplot (1995) and took him with them on tour across Europe. He nearly died in London from a mix of drink and drugs and his personal trauma featured heavily on second album Good Morning Spider (1998), with the song St Mary dedicated to the nurses who saved his life. Moving out of the cabin on his Virginian farm where his first two albums were recorded, his 2001 album It's A Wonderful Life was more ambitious, embracing crackling electronic loops and featuring Tom Waits, PJ Harvey, Vic Chesnutt and The Cardigans' Nina Persson. Producing albums for A Camp and Daniel Johnston, he went on to record fourth album Dreamt For Light Years in the Belly of a Mountain (2006) with the help of producer Danger Mouse. However, plagued by personal problems, he committed suicide in March, 2010. He was 47.