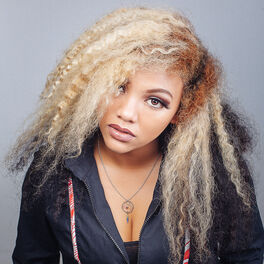 Wait For Me Feat. Kim Jah

Kristel is a family affair! Carried by energy and the strong voice and bass of their front-woman, these feisty almost thirty-year-olds love to electrify the crowd. At the end of 18', the success of their first album “Irony” made them a house-hold name and quickly pushed them into the big leagues. Since then, these 3 little devils have credited over 100 concerts to their encounters. 20' was supposed to be full-throttle, but everyting was cancelled like the others. But no matter! They sparked immediate creation in the music lab. All the ingredients are here : rock energy from their origins, and new pop, trip-hop, rap and electro inspirations. They added a collaboration with Greg F. (#IggyPop), and the mixing and arranging under the guidance of #AdamClayton (#U2). the experiment is named “Take it Easy” a fresh, new mini-album, full of attitude, conveying its message w­ith a youthful determination, without ever seeming forceful, in true Kristel style.