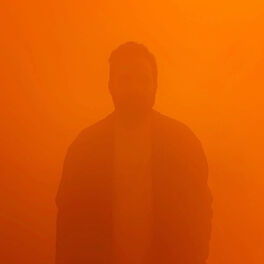 Part of the Noise (Remixes)

Take My Pain Away

I Lost My Voice

Luis Clara Gomes spent his formative years looking at the stars. From drawing galactic maps and sketches of spacecraft as a child to doing research on astronomy as an adult, his obsession with space was the gateway drug into electronic music, where he stumbled into soundtrack maestros such as Vangelis and Giorgio Moroder. After space, came groove, with the helping hand of Air, Daft Punk, Stevie Wonder and Os Mutantes. This notion all these artists share of respecting no boundaries, having a genre-less approach to music making was what pushed this Portuguese artist into creating the Moullinex alter-ego, under which he signed his first bootleg remixes of several indie acts. These remixes were soon picked up by many blogs, which in turn put Moullinex on the radar for established acts searching for official remixers. Requests came in from Cut Copy, Sébastien Tellier, Two Door Cinema Club, RAC, Röyksopp & Robyn, among others, establishing Moullinex as a provider of exquisite dance floor-ready reworks. While DJ’ing non-stop around the world, he created Discotexas in the company of his partner in crime Xinobi, a collective that started out as a monthly residency at Lux, Lisbon, and later a record label, which soon became synonymous with quality Disco and House music, home for established acts such as Zimmer, Rebeka, Kamp!, Mirror People, Da Chick and Throes + The Shine.