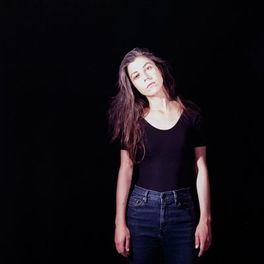 Bleed For This (Original Soundtrack Album)

In The Same Room

Have You In My Wilderness

So Humble The Afternoon

Les Jeux to You (Edit)

Sorry : isolation for the nation

After studying music and graduating with a degree in composing, Milwaukee-born musician Julia Holter attended a performance by Michael Pisaro, one of the members of the renowned Wandelweiser Composers Ensemble. Pisaro's avant-garde experimentations inspired Holter to study with Pisaro at the California Institute of the Arts. After contributing to a number of recordings with fellow students and other artists Holter began playing with Linda Perhacs, the self-styled psychedelic folk singer. Following on from these early collaborations, in 2011 Holter released her debut album 'Tragedy' quickly followed up by 'Ekstasis'. Favourable comparisons were soon being drawn between Holter and established artists such as Kate Bush and Stereolab. These early albums were essentially solo projects, recorded at home but for her third album 'Loud City Song', Holter drafted in a supporting ensemble of musicians. A measure of the respect Holter has garnered within the world of experimental music is underlined by being invited by Jean-Michel Jarre to collaborate on one of the songs on his 2016 'Electronica' album. Artist biography compiled by BDS/West 10. All rights reserved